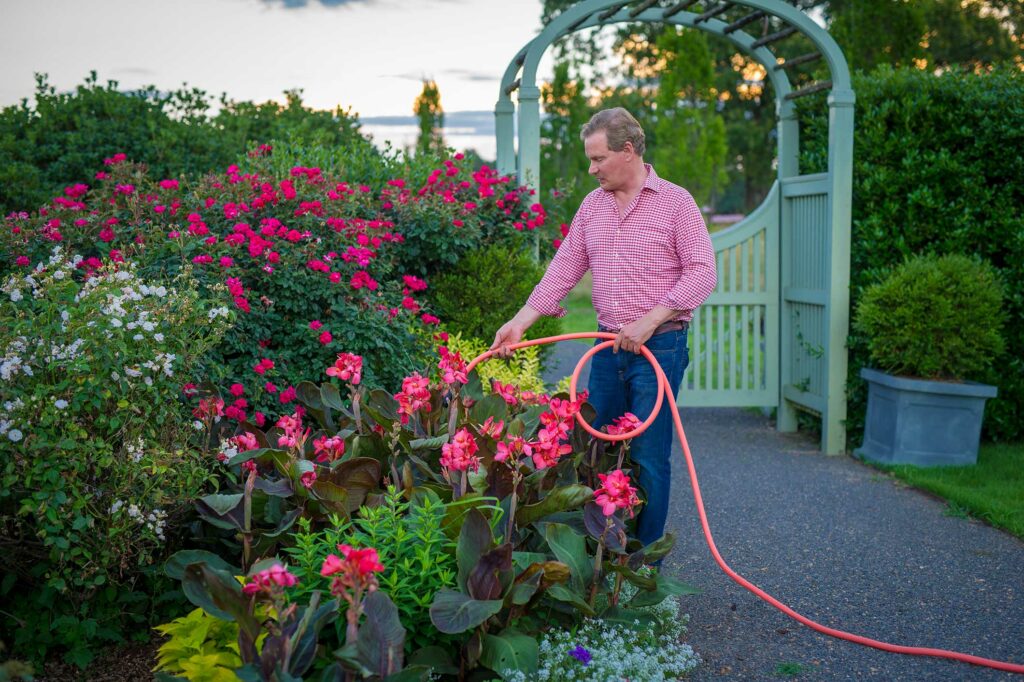 In my neck of the woods precipitation comes one of two ways; either all at once or not at all. Spring sees ample showers, but as soon as the calendar turns to June the rain dries up. Unless there is an unusual weather pattern in play I can count on Arkansas’ summers to be hot and dry.

Rather than rely 100 percent on irrigation to carry the garden through, I choose drought-tolerant plants that I know will survive extended periods without rain. By selecting the right plants for my dry climate I use less water and I don’t have to work as hard to keep the garden looking good during the dog days of summer.

To make things even easier I use a lot of drought-tolerant perennials. Perennials will come back year after year without replanting and most are pretty low maintenance. Throw in drought tolerance and you’ve got something you can pretty much plant and forget. 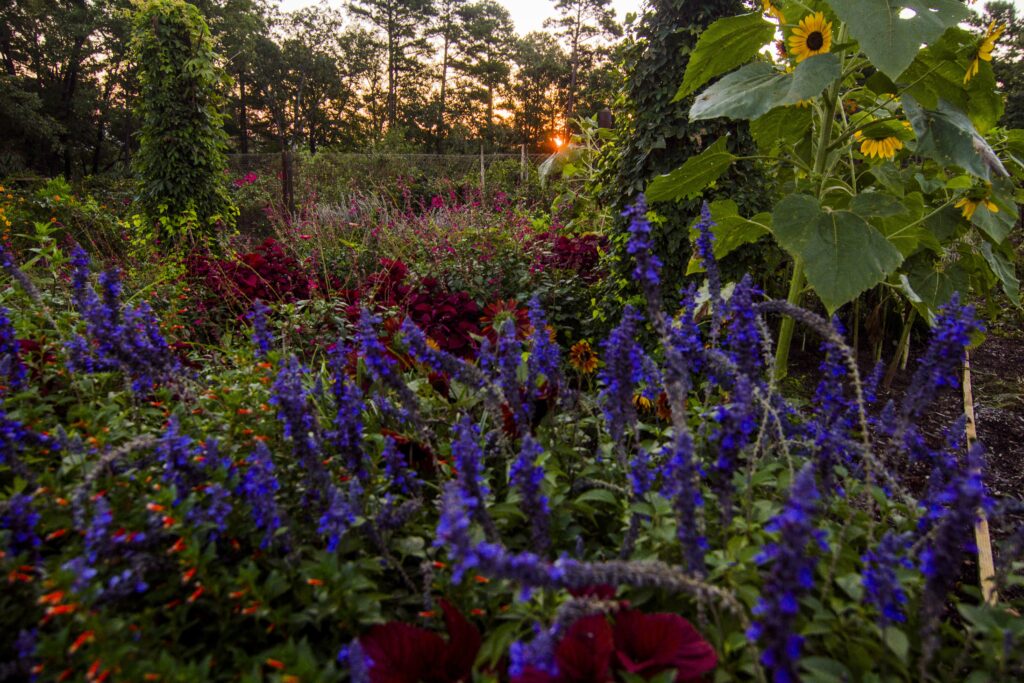 Unlike annuals, many perennials bloom for a specific amount of time. Gardeners can create season-long interest by selecting spring, summer and fall flowering perennials and showy foliage plants.

Coneflower
Summer brings a wide variety of blooms to my garden. Some are exotic and come from faraway places and others, like coneflowers, are as American as apple pie. You will find these native wildflowers growing in fields, along the roadsides, and in gardens as well because they are such super perennials. Plant coneflowers in average, well-drained soil in full sun.

Coneflowers like it sunny and hot. Though they will tolerate light shade, fewer flowers will be produced and the plants will be weakened. Light, loamy soils are best but coneflowers will grow in any well-drained soil. Once established, they are quite drought tolerant. 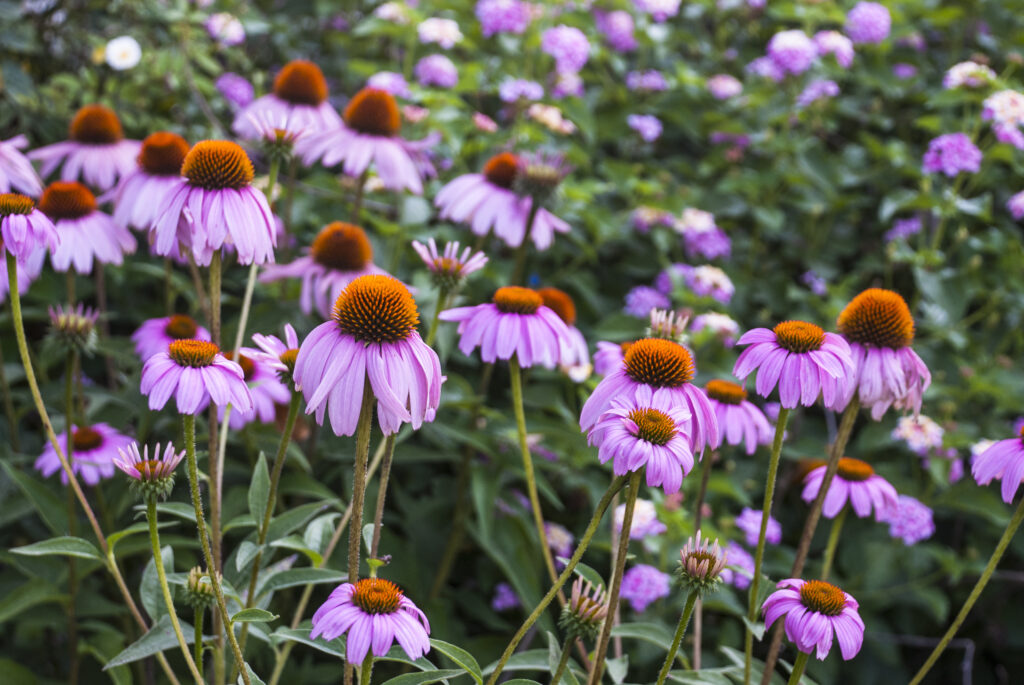 Salvia
Salvia is lovely when planted in drifts and attracts bees, butterflies, and hummingbirds, and it will add vivid blue color to your containers or garden. The flower spikes sit atop mounded, aromatic foliage. 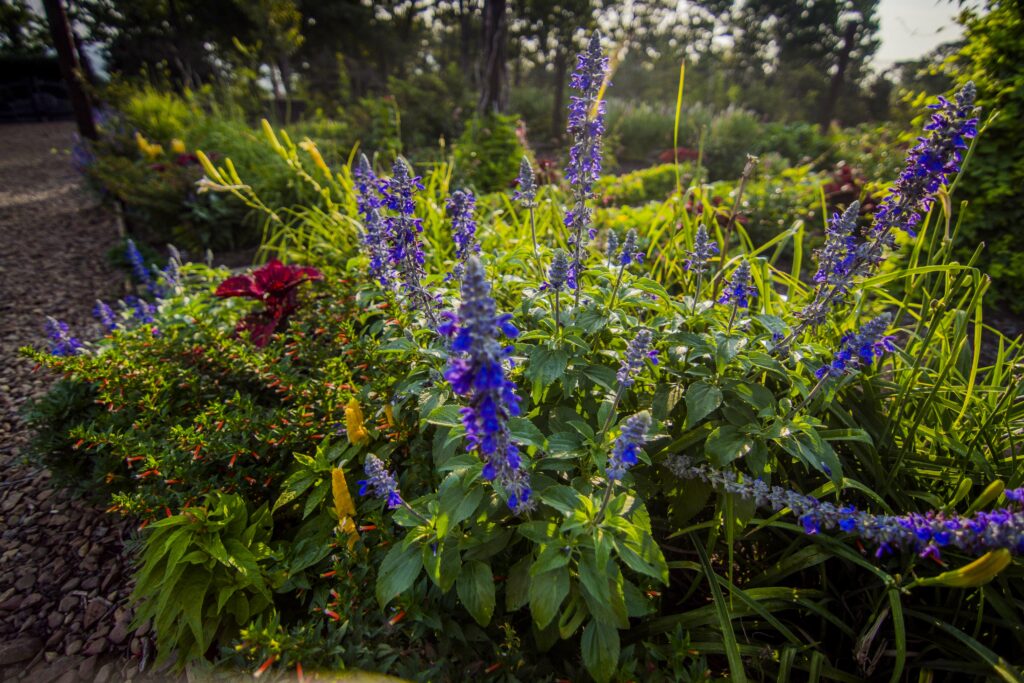 Rudbeckia
Rudbeckias like full sun, but they also will do well in partial shade. Plant them in well-drained, not overly rich soil. Remove spent flowers in order to stimulate continuous bloom. 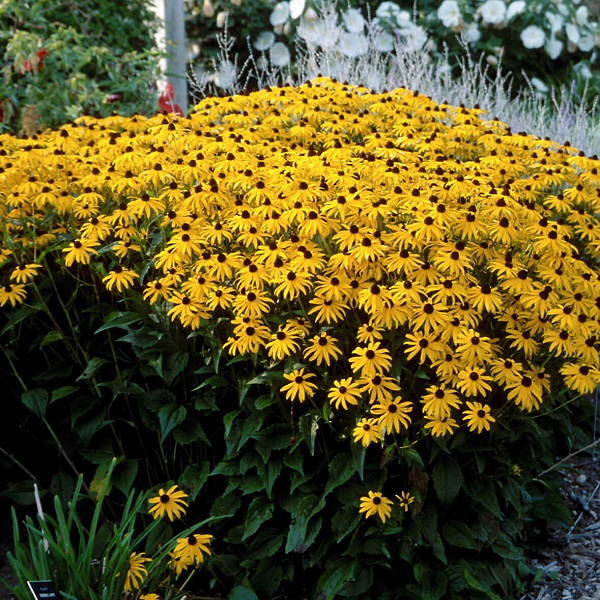 Sedum
Sedums are a classic choice for low-water gardens and come in both spreading and upright forms. They put on a spectacular autumn show with abundant blooms.

Heuchera
You’ll be amazed at the variety of colors and patterns available with such an easy-care plant. I love that it’s a native plant, and I’ve used just about every color you could imagine, from chartreuse to ones that appear almost black. 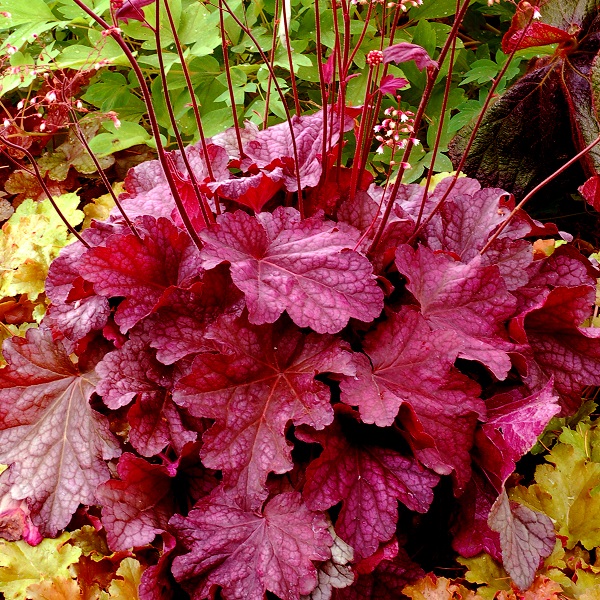 Sempervivum
Sempervivum, commonly known as hens and chicks, is a favorite for adding texture and pattern to the garden. The plant forms rosettes of succulent, green leaves that look like some sort of desert flower. A hens and chicks plant will produce miniature versions of itself, which are the “chicks.” Over time it spreads into a low-growing mat of rosettes. 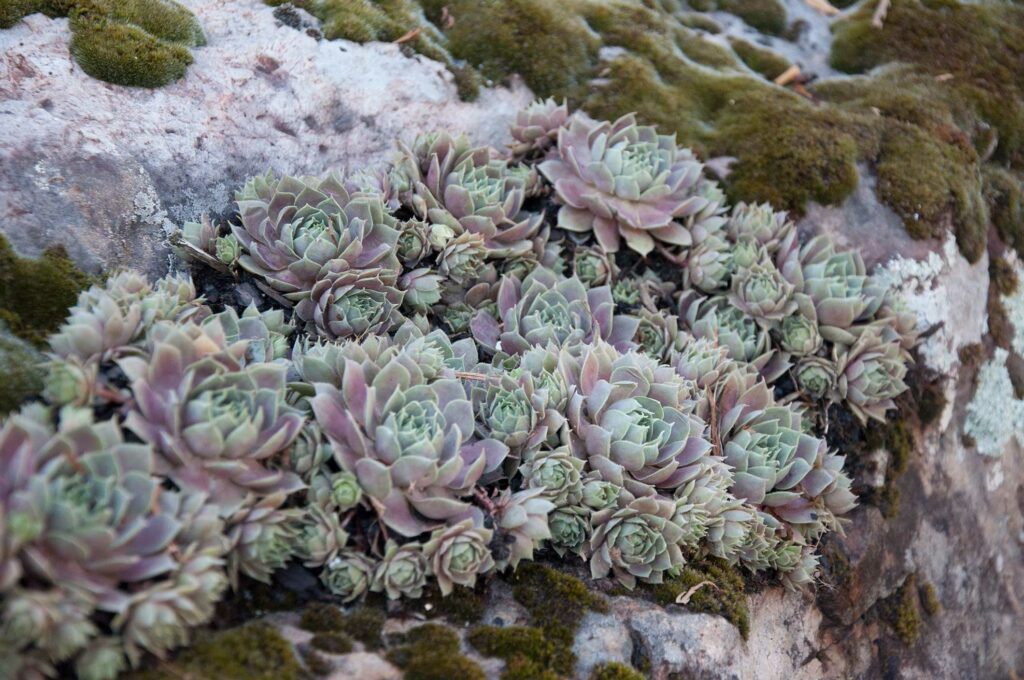